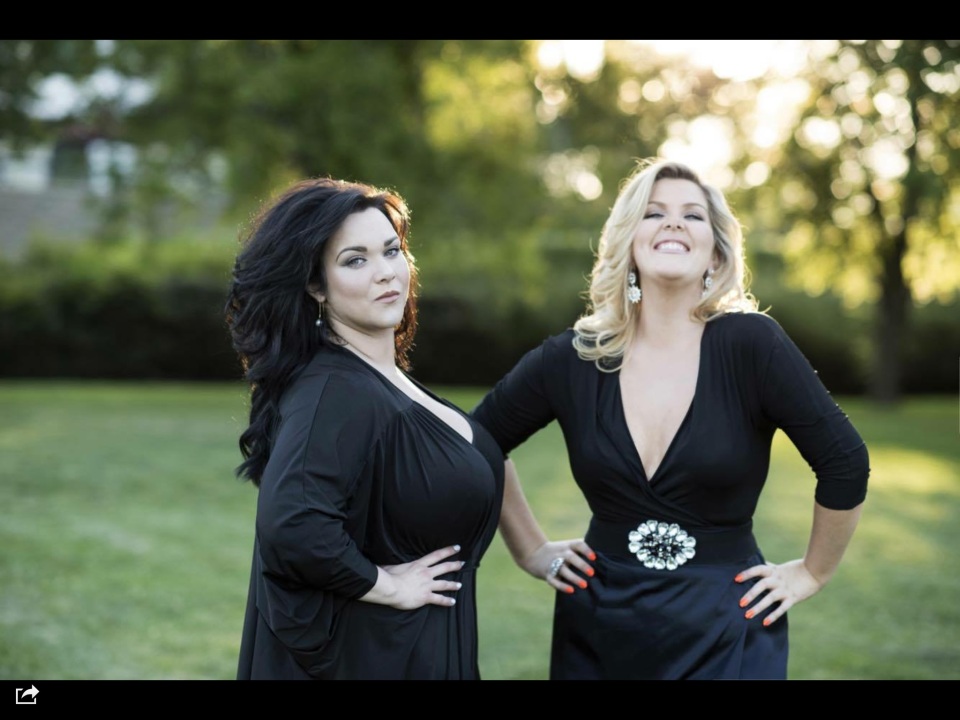 So excited to get our new publicity photoshoot ready to show thee world. Big thanks to a Jimmy Walsh for his beautiful work.

So first, a little bit of background.

Many years ago, I met one of my closest friends, Whitney Erickson, whilst singing in an opera out at Parramatta Riverside Theatre. I was working as a makeup artist at the time, and Whitney was singing full time at Sydney Con. Whitney started asking me along to perform with her at various gigs, and before we knew it we were the principal soloists at St Mary’s Cathedral. BONZA.

Many years, degrees, interstate moves, one marriage and two kids ( hers) performing awards ( various)  and gigs later, we thought it might be a good idea to make this whole singing together thing official, so over a cup of tea we thought we’d give it a name. Sopranos in pajamas? Funny, but there’s NO way we are wearing pajamas onstage. Sopranos in Stilettos? Great, but what if they think we ONLY wear stilettos and, er, nothing else…maybe better to save it for a stage show name.( that’s our idea, get your big eyes off it.)

So we set up a facebook page, booked our first gig and thought we’d get things rolling quietly, right? WRONG. 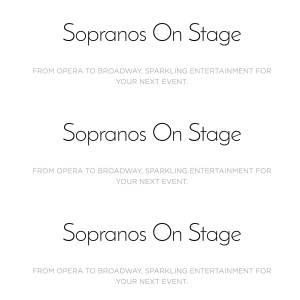 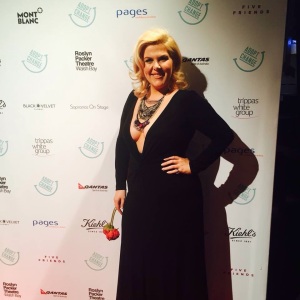 Before we knew it, we were booked to perform for Deborra-Lee Furness and Hugh Jackman at a red carpet event for their foundation, Adopt Change. Our logo was on the media wall, we wore jewellery loaned by Swarovski, and were accompanied by the incomparable Bradley Gilchrist on keys. We decided to play to our strengths with a short program of operatic faves, plus a piece from ‘ The Boy from Oz’ called ‘ Once before I Go.’

The evening was wonderful, a swirl of famous faces, sparkling champagne, the flash of the cameras and then, the moment before we walked onstage. The rush of adrenaline came, we focused, and we walked up there like we were born for it. I’ve never felt so focused or calm onstage. My favourite moments onstage were perhaps during my Carmen, feeling totally at ease in the character whilst having fun flirting with various people in the audience, and during ‘ Once Before I Go’. Whitney is particularly gifted at musical theatre, and we communicate well onstage so I was very happy that we were singing that particular song together!  I had to concentrate to make sure I didn’t look at Hugh Jackman – just a little intimidating.

One little moment I’d like to share. As Whitney and I sat side of stage,  in happy companionship, occasionally passing each other a strawberry or pointing out the goings on, we both had a tremendous sense of feeling at home. It was one of the lovliest moments of our friendship.

The rest of the evening is, I’m sorry to tell you, under Chatham house rules so I can’t spill any stories.  What I can tell you, however, is that it was tremendous, and whilst we now have some lovely gigs lined up, I think we’ll hold this gig as a special one in our hearts for years to come. 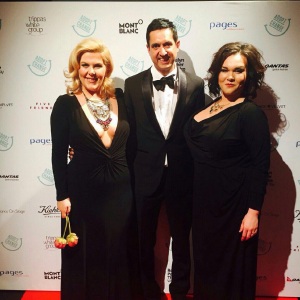 Check us out at sopranosonstage.com.au 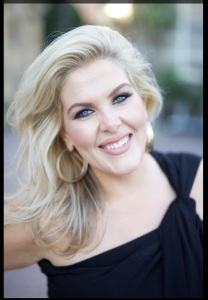 Photo by a jimmy Walsh, 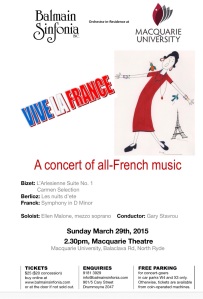 So, I thought it was time I updated my page about my various adventures. Its been a whirlwind year, singing with Harbour City Opera, leaving my steady job to work for myself, lots of writing, lots of freelance makeup- all in all a wonderful adventure!

When I was a little girl, I had several answers to the question ” what do you want to be when you grow up?” The top answers went like this:

1. I want to be onstage or tv singing/acting/talking

2. I want to do makeup ( to be fair, I actually told one lady I didn’t need to ‘become’ a makeup artist or singer – ‘because I already am one’)

3. I want to study literature and languages.

4. I want to be a philanthropist.

As an adult, I’ve often struggled with choosing what to do. It’s got to be said that singing and writing, in particular, are not known as super reliable career paths. Independent makeup artistry is a little better, but still not a steady job! It’s often seemed like an either/or. Should I go for the reliable route? Should I chase the dream? Should I give up and get a ‘normal’ job? I’ve often taken what appeared to be a ‘safe’ route only to make myself miserable- not rich, not thriving, just… getting by. This year has marked a big change for me, as I’ve had a little lightbulb moment. It’s pretty simple, but it goes like this. Have a go. Just have a go. At everything. Everything I like, everything I’m excited about, everything I’d genuinely like to do. All of it.

There is a parable in the Bible about using your talents, and it basically talks about doing the best you can with what you have. It tells a story about three servants, each are given a ‘talent’ to look after by their boss, who then leaves them to it. When the boss comes back, the servants who ‘had a go’ and did something with their talent are praised and given more talents and riches and groovy jobs, the one who just buried his talent for fear of failure gets massively told off, and his talent taken off him.

This story always seemed a bit harsh, I mean, lots of people get scared and don’t try. You shouldn’t be in trouble for being scared, surely. It only occurred to me recently that the opposite of fear is courage, and the antidote to fear is love. There are amazing stories of women lifting cars to rescue their children- their love for their children overrides their belief that they can’t do it, their fear of failure or injury, pretty much any obstacle in their way. Of course, they would feel afraid to lose their child, but the love factor enables them to use that energy for a courageous act, rather than immobilising them.

So it seems that being scared of failure is not the issue- it’s failing to love. If you love yourself enough, you’ll make every effort to have a life worth living. Even if it’s scary, or looks a bit impossible.

So, at the risk of sounding annoyingly new age, love yourself enough to have a go, at whatever it is you are talented at. I’m not saying you should quit your job tomorrow and move to a commune, but have a go, in whatever way you can. You might just get a surprise. 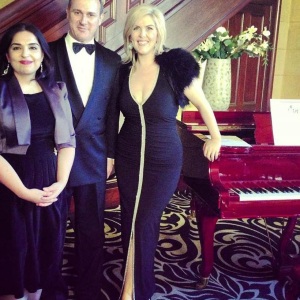